Homemade coconut cream pie. What red-blooded American male can resist that delicious confection? Not me. The bribe was irresistible when Patty Youngpeter offered it as final enticement to visit the Kickstart Bed & Breakfast in Stigler, Oklahoma. We had talked for several weeks about making the trip, but my busy publishing schedule and my wife’s booming real estate business, not to mention the unusually wet spring weather, had conspired to keep us close to home. Patty, however, had decided it was time to pull out her secret weapon – homemade coconut cream pie. Hearing her offer, I shouted to Kay, “Honey, I have your Honda loaded, how soon can we leave?”

The 20% chance of rain forecast for the morning of our departure meant bringing along our rain gear, but the weather turned out to be perfect for the weekend ride. Jumping on the superslab to save time, our first stop was the new Shawnee Honda Motorsports superstore. Kay was impressed with the women’s motorcycle clothing selection, picking out some attractive shirts and marking some stylish Icon chaps for a future purchase. According to Phil Weaver, Marketing Director of the new Honda Powerhouse dealership, business has met their expectations. My observation of the ample Saturday crowd supported his statement.

Departing Shawnee, we remained on I-40 under threatening skies until we reached Okemah, where we dropped south and caught Highway 9 through Eufaula and drove another 40 miles into Stigler. We were soon greeted by the sparkling white house and manicured lawn at Kickstart. As we pulled our bikes under the covered parking in the rear next to Mike Youngpeter’s gleaming Harley Ultra Classic, I knew we had a great experience in the works. We were quickly greeted with warm smiles and hearty handshakes as Mike and Patty helped us unload the CBR’s in the fading light.

Motorcycling memorabilia of all types greeted us as we began our tour of the bed and breakfast. An avid motorcyclist for more than 30 years, Mike has amassed an eclectic collection of motorcycling art and decorations, ranging from Harley Davidson racing posters, to an actual restored Honda CL-90 in the foyer, to a beautifully framed Ducati Monster print in one of the guest rooms. Whether your taste runs to Milwaukee iron, British twins or Austrian offroad racers, Mike and Patty have collectibles to cover it all. Three guest rooms upstairs and one room downstairs offer plenty of space for larger riding groups. A detached apartment provides additional lodging for longer-term visits, and the Youngpeters offer on-site camping for those who prefer a bit more rustic existence. Walking through the rooms offers a glimpse of motorcycle history. I was thinking, “This is WAY better than a Best Western!”

As we settled in, I uncovered the real benefit of staying at a bed and breakfast – the conversation. Mike and I had a great time talking all about motorcycles – ones we had owned in the past, ones we would like to own in the future, and the ones currently in our stables. Although now a Harley Davidson rider, like many motorcyclists Mike has a varied background, beginning with riding dirt bikes as a kid in Tulsa. He once owned a Ducati dirt bike – I didn’t even know Ducati made dirt bikes! Seems they had so much horsepower the Italian rockets tended to throw chains on a regular basis. Growing up, Mike also had an extensive observed trials background, which helps out even today when maneuvering his big Harley in gravel parking lots. Although he doesn’t have a dirt bike at the moment, a dual-sport mount is in his sights so he can scout trails for off-road visitors.

Although breakfast was scheduled for 9 a.m., I wanted to get some early morning pictures prior to our planned ride for the day. Mike met me with hot coffee at 6:00 a.m. We sat on the back porch watching the sunrise, again reminiscing about the bikes of our past. Once the hot java had done its magic, we jumped on our bikes and enjoyed the 20-mile ride to Red Oak Pass in the cool morning air. Partly cloudy skies made a nice backdrop for Mike’s 1995 Harley Davidson Ultra Classic. After the requisite photos, like many riders, we decided to trade bikes. I settled into the cushiony seat of the 800-pound Harley with XM radio blaring, while Mike twisted his body into a pretzel so he could enjoy the razor-edge performance of the Honda. What I gave up in performance I certainly made up for in comfort!

Returning to Kickstart Bed & Breakfast, we were soon met by several local riders whom Mike had invited in for breakfast and the morning ride. As we visited on the back porch, Mike and Patty prepared a feast of bacon, ham, eggs and French toast. The breakfast bell rang and we gathered around to talk motorcycles and eat some wonderful food. Breakfast with other motorcyclists is a great reason to stay at a bed and breakfast like Kickstart. Kay and I have met many new friends at just such places.

After breakfast our group mounted up for a nice, long ride to Talihina. In no hurry, we traveled in a snaking line south over Red Oak Pass and through the towering pine forests. Stigler makes a fantastic gateway to the twisty asphalt and pine-covered mountains of eastern Oklahoma. Heading south on Highway 82, you meet with 20 mph curves within five miles. Talihina is a winding, exhilarating 40 miles south, while Poteau is about the same distance east. Within minutes you can be carving mountain roads on your sport bike, cruising under a forest canopy on your Goldwing, thundering through mist-covered valleys on your cruiser, or roosting pine needles with your dirt bike. In most cases Mike will fire up his Harley and provide a grand tour to riders unfamiliar with southeast Oklahoma. Or if you already know your way around, he and Patty might just tag along for the ride.

Although we were on performance-oriented sport bikes, Mike, Patty and their local riding friends made us feel at ease. There is a special camaraderie among all motorcyclists, regardless of brand. Mike and Patty welcome every type of rider, whether on sport-oriented race-replicas, touring cruisers, long-distance Goldwings or knobby-tired dual-sports. Kickstart Bed and Breakfast is a motorcycle rider’s slice of heaven, where the coffee is always hot, the food is always tasty and the conversation is always interesting, especially if you like motorcycles. And that coconut cream pie? Delicious! 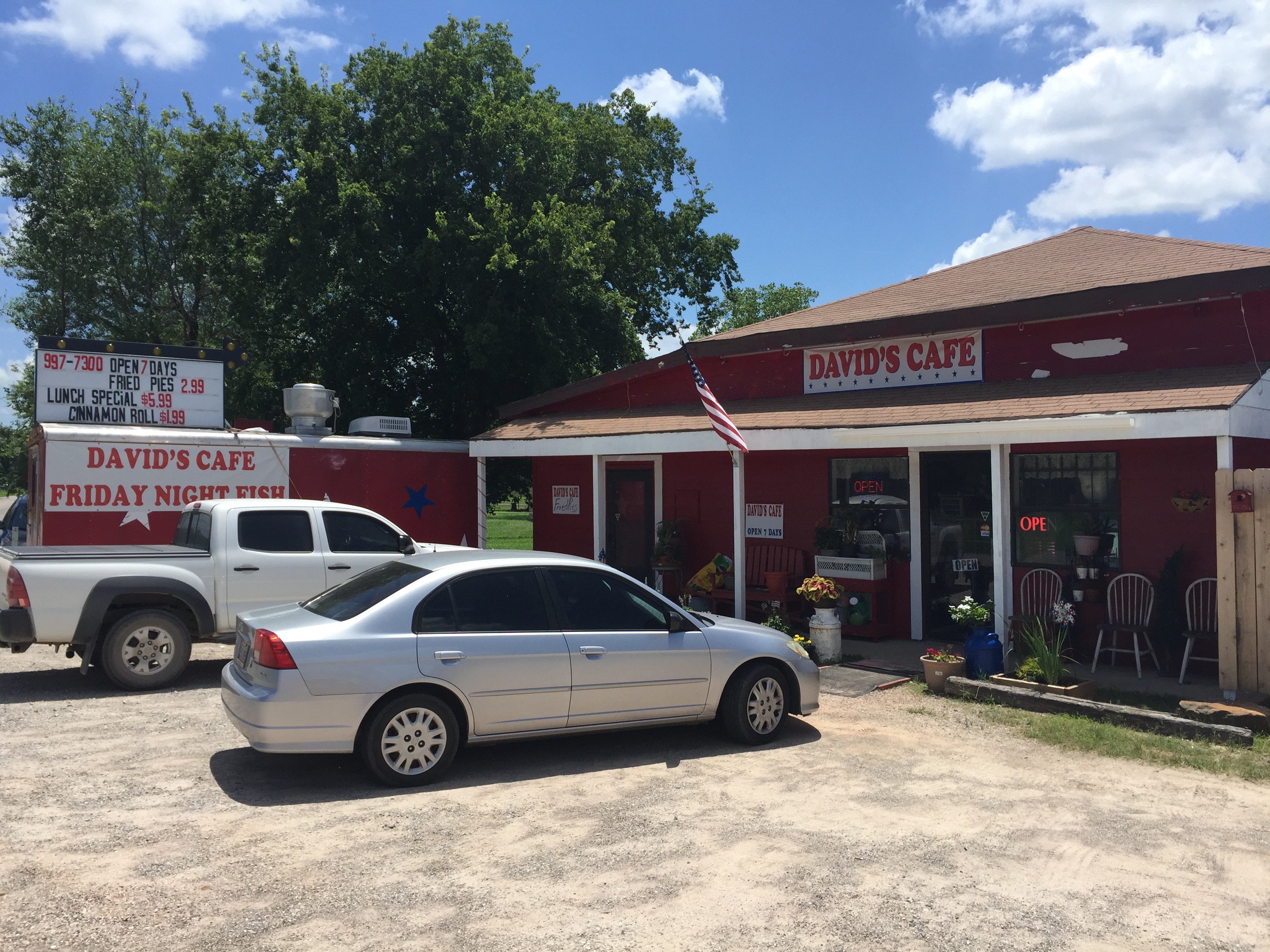 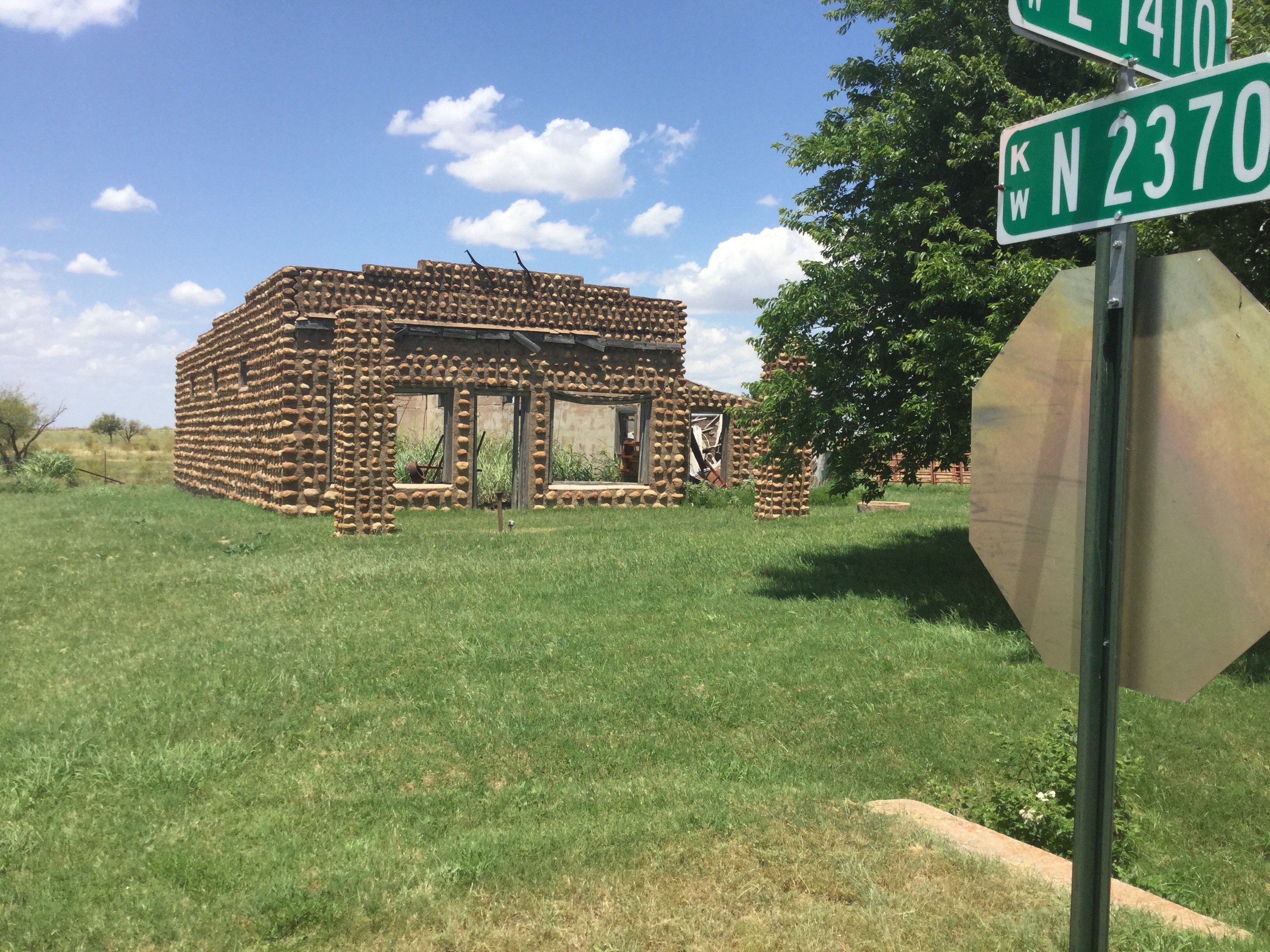 Off the Beaten Path – Sedan, Oklahoma